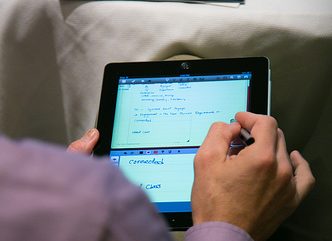 Steve Jobs gains the attention of the national press when he introduces a new Apple product. Many of us hear the word “technology” and visualize the newest flat screen television. Few of us hear that word and immediately think about emerging technology for seniors, however. Much is currently available; there is much more on the horizon.

The baby boomers – those born from the end of World War II into the early 1960s – comprise the largest generation the US has known. The boomers have changed every social structure they have moved through, and now the first of the boomers have started to retire. In decades past, families often took care of their own aging parents. Nursing homes were dreaded destinations for those whose care needs were beyond the abilities of family members in an age in which home health care was virtually unknown. As families increasingly became defined as being two-earner entities and as divorce rates increased, adult children and their aging parents found themselves with fewer and fewer options. Seniors loathe leaving their homes, however, and technological advances are such that baby boomers can both care for their aging parents and continue to pursue careers and basic livelihood.

Computers, email, cell phones and other common technological tools came to be commonplace with many individuals in the bottom age range of those who now are considered to be elderly. They used those technological tools in work and life, and so they are not entirely foreign. Others did not use such tools, and technology remains mysterious though they know those tools exist. The technological advances that currently exist are simply astounding even for the most technologically-connected, however. Tools that exist today can be of great assistance for still-working caregivers. Tools expected to be available in the next several years are nothing short of astounding. 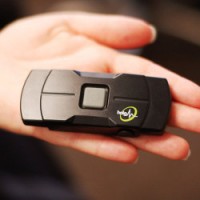 Consider falls, as example. The “I’ve fallen and I can’t get up” line has been abused by comedians over the years and has come to be a point of derision, at least until such a fall becomes a possibility or even a reality. For the senior, often the tipping point between being able to remain at home and having to move to an assisted living or skilled nursing facility is such a fall. Stories of seniors who have fallen at home and been stranded in the floor for days are commonplace.
One of the technological innovations that will be available in the future is the fall alert system. The system as envisioned may take one of two forms, each of which begins with a house-wide network of sensors. The first approach requires placement of sensors in the floors of each room, and in several places. Where there is weight that has not been present in the past, the sensor can serve to alert a remote caregiver. The second approach causes sensors to initiate alerts when there is lack of movement in a room when movement should be expected.

Managers of assisted living facilities specializing in Alzheimer’s patients often disconnect ranges so that there is no danger of fire originating from a forgotten stove eye. One of the solutions that technology offers is a “smart” stove eye that turns off when there is no weight on the eye for some period of time. The stove allows the senior to cook, but it also turns itself off if the senior forgets.
Some seniors have no difficulty with wearing an alert necklace that calls a monitoring company, but others consider such appliances to be only for “old” people even though the security the necklace offers is attractive. For years there have been telephones targeting those seniors. The senior wears a necklace and perhaps places another by the bed. If the senior has a problem and pulls the cord on the necklace, that action initiates a telephone call first to some preprogrammed number and then to 911.

Some of the Products

FrontPoint Security provides wireless home security that the homeowner installs. One thing that separates FrontPoint Security from other security systems is that it is wireless and operates over the cell phone system, preventing it from being circumvented by would-be intruders. This fact alone makes it attractive as a basic security system, but it offers specific features that makes it highly attractive for baby boomer caregivers. Of course there are sensors for windows and doors, but the company also offers cameras that can be placed in any number of rooms. What occurs in front of those cameras then can be accessed through a smart phone. For baby boomer caregivers with careers or who simply need an income, this feature allows them to view rooms where their parents might be. They can see either that all is well or that it is not; in any case, they can act on the information they gain through the combination of the camera and their smart phone.

The Oregon Center for Aging and Technology (ORCATech) is developing an array of future products and currently testing others at a Portland, Oregon retirement community. One volunteer has sensors on surfaces all over her apartment, including ceilings, doors, furniture and appliances. The sensors monitor how often she moves in her apartment and the speed at which she moves. Because the sensors are just that and contain no cameras, she has no worries about her privacy.
Another ORCATech item she is testing is a smart pillbox. It reminds her when to take vitamins and medications, and keeps a record of her compliance. ORCATech also has supplied her with a computer on which she plays specific games. The games are word and number games, and the computer tracks her scores. The goal of this activity is to track changes in cognitive ability. If it declines, caregivers can intervene much earlier.
The program volunteer’s favorite ORCATech test item is a wireless video communication robot that can follow her from room to room. The V-Go Active Presence Robot has been used for some time in business and so is already available. ORCATech’s test is for senior-specific use. The Oregon volunteer uses Skype but complains that is only stationary. Relatives and caregivers can activate the robot as well, allowing them to check on the user any time a concern arises.

Intel Corporation and GE are collaborating on product development focusing on allowing seniors to age in place. Many existing products are very new and can be expected to be enhanced in the future, and many other products are being developed. Still others, such as the V-Go robot, are being repurposed specifically for the growing “gray” market. 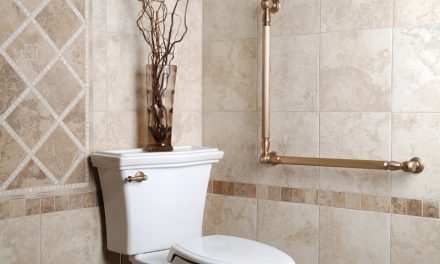 How To Install Grab Bars In The Bathroom